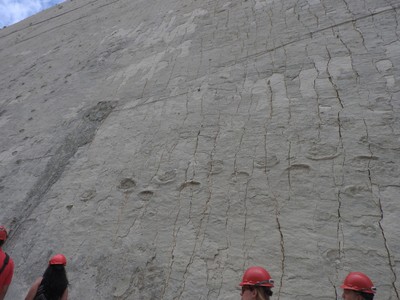 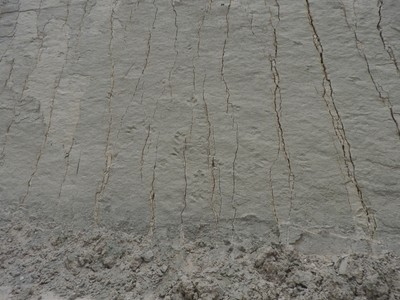 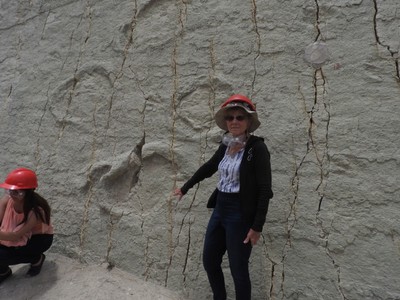 In October/November 2017, we visited the Galapagos Islands and Bolivia. I reported on most of the trip with posts to Facebook, but I failed to cover an amazing site in Sucre,Bolivia. On the Northeastern outskirts of the city, a factory producing portland cement has been mining its raw material by stripping away layers of sedimentary limestone from the face of a near-vertical cliff. Some 30 years ago, when doing a chemical analysis of one of the next layers to be accessed, they discovered high magnesium oxide content. Fortunately, the company was not willing to incur the expensive process of producing a magnesia cement and stopped scraping stone off the cliff. Subsequent natural erosion of the cliff began to reveal a layer of rock containing numerous footprints of multiple species of dinosaurs. In 2006, the company decided to capitalize on this find by creating Cal Orck'o Parque Cretacio and opening the site to tourism. But, from 2008 to 2016 the site was closed due to some unspecified damage, (Probably due, IMHO, to ongoing operation of the factory.) When we visited last year, we were told that the factory would be closing in about two years and the intent was to prevent further erosion by "plasticizing" the cliff face. Here is a good link with more details: https://www.gadventures.com/blog/cal-orcko-dinosaur-wall-bolivia/